The Dunham School Athletics Hall of Fame recognizes Dunham athletes and coaches who demonstrate the qualities that identify them as champions on and off the field.

While all of our honorees are outstanding athletes, their core motivation has always been to honor God in all that they accomplish. Through their strength of character and indomitable spirits, they demonstrate the lasting legacy of a Dunham athlete serve and best exemplify what it means to possess the heart of a champion.

To learn more about The Dunham School Athletics Hall of Fame or to nominate a former Tiger player or coach, contact Athletic Director Neil Weiner. 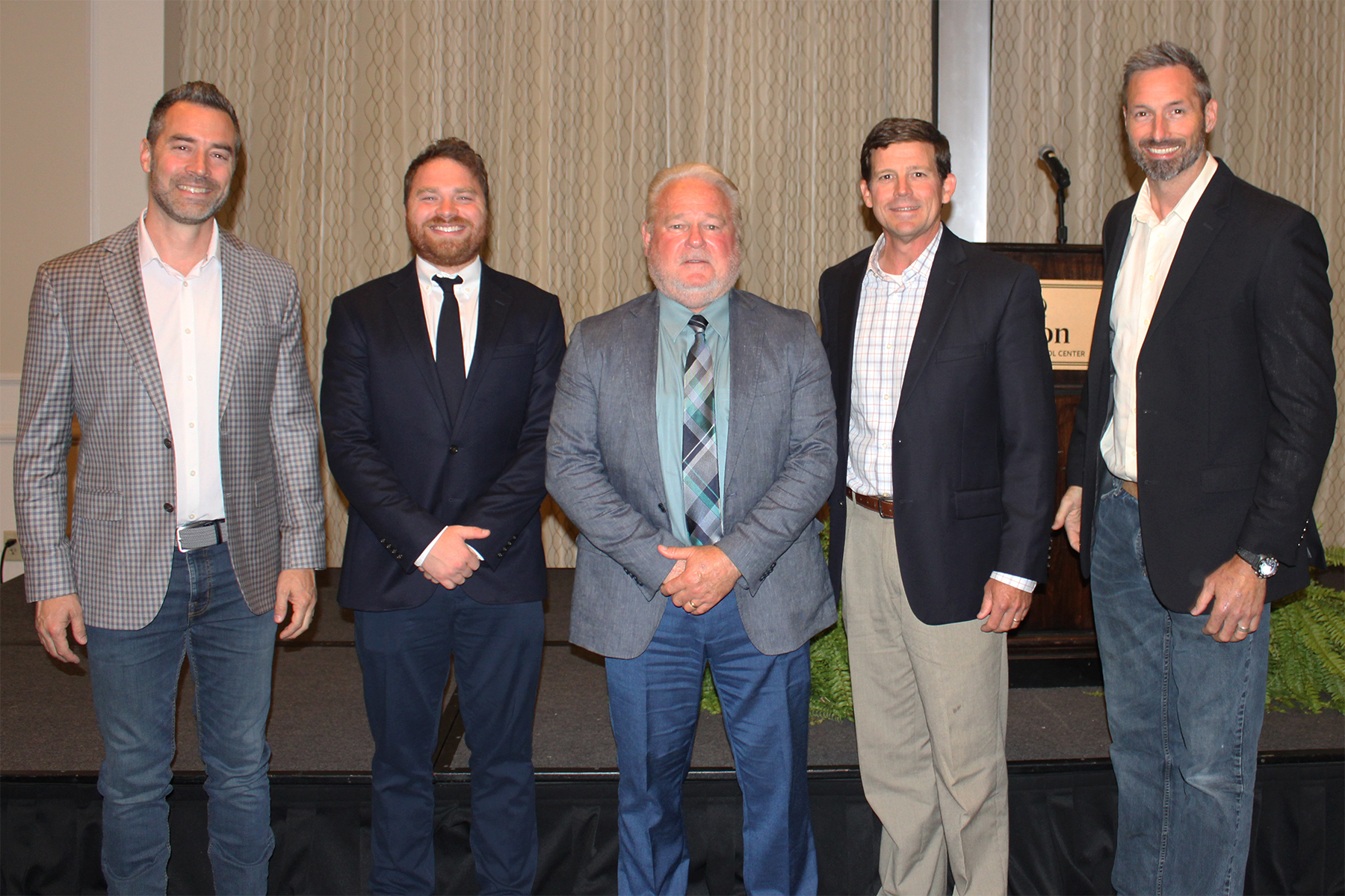 Paul Jenkins '94 excelled at a high level as a multi-sport athlete. In football, he set school records for touchdowns and points scored. In his senior year, he led the entire state for score, helping the team complete the regular season undefeated at 10-0 and earning a scholarship to Louisiana Tech as a wide receiver. Paul also lettered four years in basketball, was a valuable starter on the Class 1A State Runner Up baseball team, and was a talented club soccer player.

Paul Jenkins '94 excelled at a high level as a multi-sport athlete. In football, he set school records for touchdowns and points scored. In his senior year, he led the entire state for score, helping the team complete the regular season undefeated at 10-0 and earning a scholarship to Louisiana Tech as a wide receiver. Paul also lettered four years in basketball, was a valuable starter on the Class 1A State Runner Up baseball team, and was a talented club soccer player.

During his athletic career at Dunham, Reggie Griffith was a stand-out track and field star. In his senior year, he was voted outstanding performer in the boys division after setting Class 1A records in both the shot put and discus and was named a “Star of Stars” in track and field by the Baton Rouge Advocate after his performance in the state championship meet placed him among the top in the nation for elite shot put rankings.

During his high school career, John Howard was a multi-sport athlete who excelled in track and field, baseball, and football. As a two-time All-State and All-District baseball player, John helped lead his team to a state championship win. In football, he was named All-District in both his junior and senior seasons and helped the team advance to the state semifinals. After graduation, John continued his football career as a Ragin’ Cajun at the University of Southwestern Louisiana (now the University of Louisiana at Lafayette).

Todd Kinchen was a football MVP, a leading scorer on the state championship basketball team, star shortstop and outfielder on the state championship baseball team, an all-district performer in track, and a regional finalist in tennis. After a successful football career at LSU, where he led the SEC in pass receptions, he was a wide receiver for seven seasons for Los Angeles Rams, the Denver Broncos, and the Atlanta Falcons.

A baseball, basketball, football, and track and field athlete, Cary Koch was named Offensive MVP of the 2004 All-State squad, MVP of the 2004 state championship game, and Metro-area Offensive Player of the Year in football. He played at the collegiate level at Tulane and the University of Virginia before playing professionally in the Canadian Football League for the Hamilton Tiger Cats and the Edmonton Eskimos.

As All-District offensive and defensive football player, Mitch McIlwain was defensive MVP of the undefeated district championship football team and was named to the All-State and All-District teams in baseball, helping lead the Tigers to a state runner-up finish. He continued his baseball career at Louisiana Tech, where he was a multi-year letterman. Mitch has served as a distinguished educator and coach at Dunham since 1999.

Leigh Myers earned All-Metro, All-District, and All-State honors in girls basketball and volleyball. During her senior year, she was named to the All-State girls basketball and volleyball teams, qualified for the state track and field meet in multiple events, was a state semifinalist in tennis, and was a finalist for the Baton Rouge Area Female Athlete of the Year. Leigh earned a Division I volleyball scholarship to Radford University in Virginia, where she is still ranked in the top 10 for all-time assists.

A basketball, track, and volleyball MVP, Lauren Haynes Parks served as team captain in basketball and volleyball, made All-District in both sports, and was named to the All-State team in track. In 2002, she received the Dunham Female Athlete of the Year Award, the Our Lady of the Lake Outstanding Athlete Award, and the United States Army Award for Outstanding Female Athlete. Lauren still holds the school record for single game scoring in basketball.

Sarah McKey lettered in tennis all four years in high school and ranked in the top 10 in Louisiana in USTA competition. An LSHAA state runner-up her junior year, Sarah was undefeated in individual play her senior year, finishing as the 2003 state champion and leading the ladies team to a state championship win. Sarah earned a tennis scholarship to Samford University, where her team won the Ohio Valley Conference Championship and competed in the NCAA National Tournament in her freshman and junior years.

"The Dunham spirit is indomitable, has endured, and is evident in each athlete and coach to this day."

- Head of School Steven A. Eagleton