What Do You Bring to the Table?

Students gather around the table, eager to explore text, formulate opinions, and share perspectives. Engaging in lively discussions, they speak up, step out, stake a claim, and defend an idea. This is Harkness, a progressive teaching method that inspires our students to find and use their voices.

Learning is collaborative in the Harkness classroom, where there's nowhere to hide—no desks in the back and no classmates in the front. Seated around the large, oval conference table, students share their insights and explore ideas from an assigned reading, equipped to support their claims with textual evidence. Speaking as they see fit rather than waiting to be called on by the teacher, students work together to solve problems and uncover truths.

In an era when most people speak first and think later, Harkness relies on the power of listening—actively, empathetically, and critically. Beyond opening the mind to divergent point of views and possibilities, understanding how to listen prepares our graduates to lead more effectively in college and in their professional lives.

With nearly 20 years of success behind us, we're proud to say we led the way by introducing Baton Rouge students to Harkness, a progressive learning method first adopted by Phillips Exeter Academy in the 1930s and now used by many of the top independent schools across the country. 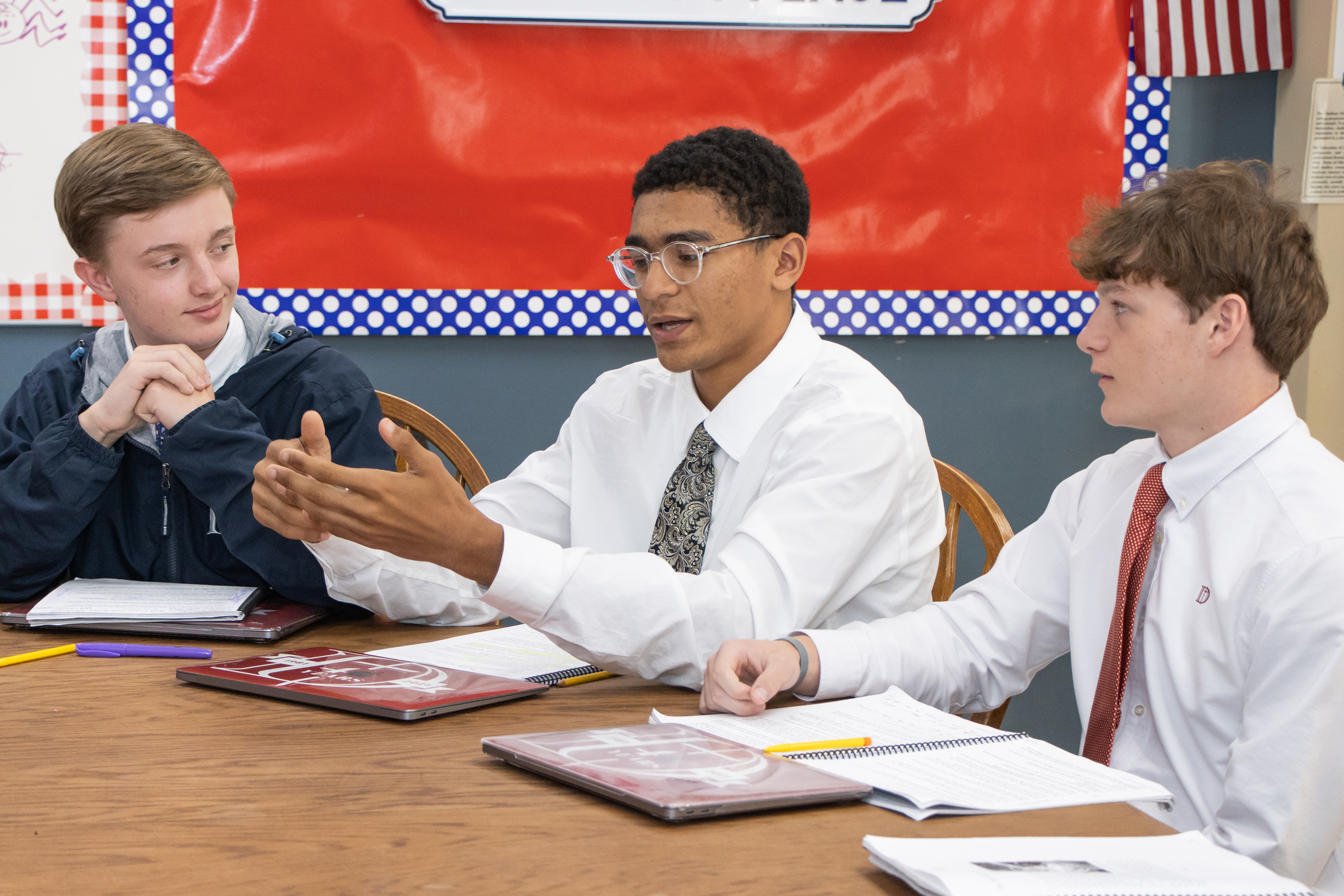